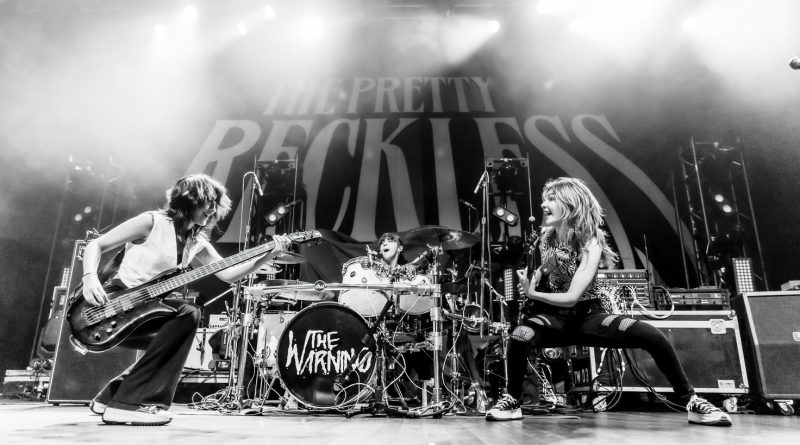 The Mexican rock band The Warning rocked the House of Blues Houston the last August 1, touring with Halestorm, The Pretty Reckless, and Lilith Czar, during this summer in the USA.
The Band from Monterrey, Nuevo León, Mexico was formed in 2013 by the Villarreal sisters, Daniela (guitar, lead vocals, piano), Paulina (drums, lead and backing vocals, piano), and Alejandra (bass guitar, piano, backing vocals).
The band first gained widespread notice in 2014 when, at ages 9 through 14, their YouTube video in which they performed Metallica’s “Enter Sandman” went viral among rock music fans, eventually earning more than 20 million views.
The Girls released the first EP “Escape The Mind” in 2015. The XXI Century Blood first album was released in 2017.
The Second Album “Queen Of The Murder Scene ” in 2018. And recently released the new Album “Error”.
The sisters are on tour right now and will be the open band of the huge Guns n´ Roses in their born city Monterrey, Mexico, next October 23, 2022.