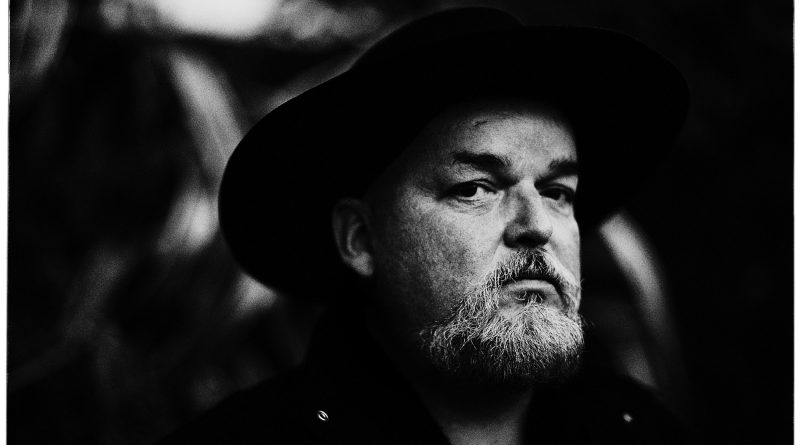 SUNRAY MAGAZINE has the big honor to interview a «Rock Legend» the incredible Alain Johannes!
Alian the Chilean-American multi-instrumentalist and vocalist, He is a founding member of several bands, (including Eleven with his wife Natasha Shneider .
Johannes has worked with incredible idols of the Rock n Roll. Just for mention a few Red Hot Chili Peppers, Pearl Jam, Queens of the Stone Age, Soundgarden, Chris Cornell, No Doubt, Arctic Monkeys.
The wonderful Alain today takes her time to be interviewed for us.
Hi Alain thankyou so much for this interview.

SUNRAY: Could you talk to us a bit about yourself besides being a musician?
Johannes: Lol well I’ve been consumed with music since I was 4 but I do love art in general. Poetry and cinema are especially dear to me. I love nature. Walks in the forest or the beach are my favorite relaxing, connecting moments. I also enjoy hangs with friends over great food and wine. Pretty normal stuff.

SUNRAY: What inspired you to start playing and making music?
Johannes: I was very fortunate to have been born into a musical family. My mother was a singer and my uncles as well. And my father who I met for the first time in 2010. All musicians and entertainers. My uncle Peter in particular was a huge inspiration as he was a multi-instrumentalist and auto-didact like me. My father as well. Music was always present and my first memories are melodies and the feeling of connection and magic that music instilled in me.

SUNRAY: You first band was in your teen age «What is this» can you tell us about your first experience as a RockStar?
Johannes: Haha well it wasn’t exactly a rockstar life. I was way more focused on making great music and being awesome. The whole fame thing was never that appealing it always seems to derail one from the focus and purpose of being an artist and communicating something magical and special.

SUNRAY: Later you formed Eleven with your wife Natasha Shneider and Jack Irons. We are sure this was the most special for you, do you want talk us more about it?
Johannes: Sure yes of course. Out of all the amazing special projects and bands I’ve been a part of Eleven will always be the deepest passion and connection. Natasha and I had this way of melding and creating something bigger than either of us alone. Plus with Jack Irons, and for one period Greg upchurch, we had this insane chemistry and power and were able to create some amazing music I’ll always be proud of and that finally has been getting some notice by more people thanks to youtube and social media in general.

SUNRAY: As a writer and producer worked with Chris Cornell, No Doubt, Mark Lanegan, Jimmy Eat World, Queens of the Stone Age, Brody Dalle and Arctic Monkeys and others, how was work with them specially the unforgettable Chris Cornell?
Johannes: I’ve been blessed that life has led me to meet and collaborate with incredible artists. There’s a sense of family found and resonance very often. Especially with Chris Cornell. Making Euphoria Mourning with Chris and Natasha and the tour after was incredibly special and I’m very proud of what we achieved. I think it’s a timeless album showcasing some of our highest highs.

SUNRAY: Describe your creative process when you write new music.
Johannes: Lately I’ve been feeling quite connected most of the time. I rely heavily on improvisation and allowing things to happen. A lot of my music the last decade or so is quite spontaneously written and recorded in a short period of time. Whole albums in just a few days. I like to trust it will come and be in the moment allow it to happen. I find it gives the music extra power when it’s not over chewed or over thought.

SUNRAY: Which instrument is your favorite to play and why?
Johannes: Impossible to choose one. They all have a special something and like a prism are a part of a whole. But at the moment I’m loving playing the Sarod and doing my best to get somewhere on the Sarangi. I often wish I had hundreds of years to get amazing at each one of the dozens of instruments I hack away at lol

SUNRAY: Tell us about your favorite performance in your career.
Johannes: There a two that come to mind. One was with the Chris Cornell band in Barcelona in 1999 I believe. It was at the Teatro Del Poble Nou I think that was the name. Magical building with lots of history and you could feel it in the air that something was extra about that night. The energy circle with the audience was transcendent. Incredible experience.
The other was when Natasha and I were in Queens Of The Stone Age and we played Montreux Jazz Festival at the Miles Davis Hall. I’ll never forget the buildup of intensity and purpose right before we went on stage. Once the first note hit, Josh, Joey, Troy, Nat and I basically exploded with fury and fire and badassery lol it felt so good! It’s on youtube and I recommend a viewing haha

SUNRAY: What has given and give you the career as a musician in your life?
Johannes: If I understand the question I cannot imagine being anything other than a musician. The feeling of alignment with something I consider essential but also mysterious is so nourishing. There have been so many ups and downs in terms of the success of this “career” in financial and security terms but it’s its own reward. I can weather a lot of bullshit because I feel blessed just being in music haha

SUNRAY: What is the best advice you could give to a young ambitious musician who is looking to develop and further his career in this sector?
Johannes: I think one has to have diverse talents so that one’s personal quest as a creative artist is not hampered by having to make concessions to please someone or be more marketable etc etc.
I’ve made most of my living from being a producer, engineer, mixer etc and I have complete control of my musical output

SUNRAY: Do you have any upcoming projects?
Johannes: I’m always producing cool artists but I’m also planning a couple instrumental records soon as well as more touring solo and with my trio with Cote Foncea and Felo Foncea.

SUNRAY MAGAZINE is so grateful with the marvellous musician Alain Johannes for give us the honor of this interview, we wish him all the best!
Interview by Maria Fernanda Capici
Editor in SUNRAY MAGAZINE