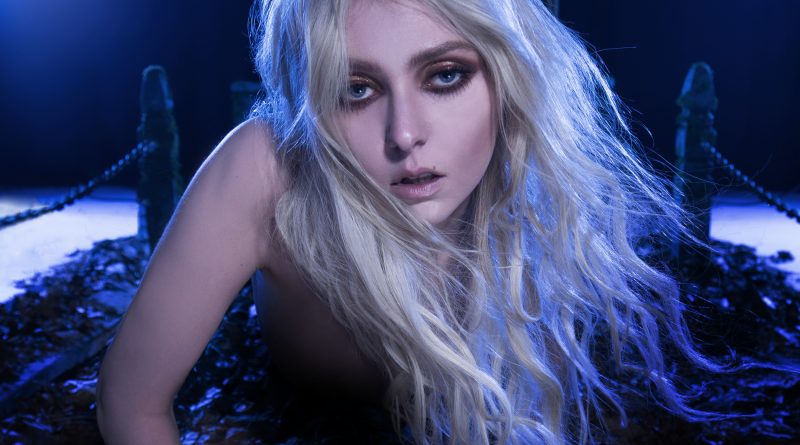 SUNRAY MAGAZINE has the big pleasure to interview to the wonderful frontwoman of the Rock Band “The Pretty Reckless” Taylor Momsen.
The talented American singer, songwriter, model, and Actress more known for her role as Jenny Humphrey on teen drama serie Gossip Girl.
The great Momsen today takes her time to be interviewed for us.

Hi Taylor thankyou so much this interview

SUNRAY: Why have you chosen the Rock n Roll genre?
Taylor: I guess it all started with my love of the Beatles. I grew up in a rock and roll family. My father has a wall to wall vinyl collection and he would just play me music constantly, from Bowie to Bon Dylan to the Stones, and of course the Beatles. Rock is just raw and honest and really can be anything and I enjoy the freedom that it gives me to express myself.

SUNRAY: Talk us about your band The Pretty Reckless
Taylor: When I was 14 years old I had a bunch of songs I’d written and was trying to put a band together. I met a producer named Kato Khandwala and we struck up a deep friendship with our like minded musical taste. Through him I met guitarist Ben Phillips. Through Ben I met Mark and Jamie (bass and drums) and it all just clicked. We’ve made four records in the last decade and I feel like we’re just starting.

SUNRAY: Are you the songwriter of all your songs?
Taylor: Yes, songwriting is my first love. I write most of them with Ben. It’s where I feel most free, creating something out of nothing is the best feeling.

SUNRAY: What are your influences?
Taylor: I have many sources of influences, some music, some other things, like poetry and art, just nature itself can influence me. But if you’re talking specifically music, I am heavily influenced by the times in history when popular music and art seemed to go hand in hand. Much of the mid to late 60’s music and then again in the 90’s. But before that as well with the early days of rock and blues. The Beatles and Soundgarden have been the major loves of my life. Also from Jack White to Nirvana, and from Floyd to Zeppelin, the list goes on and on.

SUNRAY: What is your favourite song to perform?
Taylor: I’ve heard many people say this, but songs are like your children, you can’t pick just one, if I didn’t love it I wouldn’t have written it. So I love them all. Crowd favorites always lift the adrenaline though

SUNRAY: Talk us about Taylor Momsen “the Actress”
Taylor: Acting was a strange thing for me. It feels like a lifetime ago at this point. But I learned so much about show business and performing that I am very appreciative of the opportunities I had. Luckily I made some lifelong friends in the process.

SUNRAY: The ones who saw Gossip Girl, it’s impossible not to remember the young Rebel ‘Jenny Humphrey’, why have you decided to stop acting?
Taylor: With music I don’t have to act, I get to be myself, and for me that is the most important thing. If I loved acting, I would do it. But at the moment, it’s not where my focus lies.

SUNRAY: We know you started as a model at a very young age, how was that experience?
Taylor: Modeling can be fun under the right circumstances. I was too young to really remember much about it, but I suppose it was all a bit surreal to a three year old. But then again, everything is probably surreal to a 3 year old (laughs)

SUNRAY: Going back to your passion for music, tell us about your new single
Taylor: “Only Love Can Save Me Now” which features Matt Cameron and Kim Thayil just went number one for three weeks here in the states, so I’m very excited about that. That song took a long time to make and to see it out in the world is very satisfying.

SUNRAY: What is the best advice you could give to a young ambitious musician who is looking to develop and further his career in this sector?
Taylor: Like most people will tell you, it’s a very hard business. The best advice is always do what you love, do it for the music, never do it for the money. If the money comes, then great, if not then you still get to do what you love.

SUNRAY: What’s next for The Pretty Reckless?
Taylor: We are finally going on tour! We start touring next year for the first time in four years, and that is just exciting

SUNRAY: Tell us where we can find you (social network, websites…)
Taylor: deathbyrockandroll.com
@taylormomsen @theprettyreckless

SUNRAY MAGAZINE is so grateful with the epic RockStar Taylor Momsen for give us this interview and be our cover, we wish her more success to comes.
Interview by Maria Fernanda Capici
Editor in SUNRAY MAGAZINE