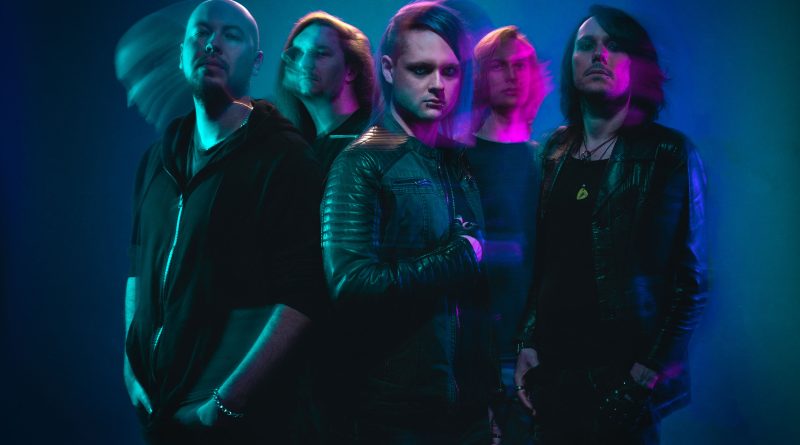 SUNRAY MAGAZINE has the pleasure to interview the German Post-Hardcore band “The Edge Of Reason”.
Hi guys thanks for this interview

SUNRAY: How Did You Meet?
TEOR (Ro Seven): Well, I have to tell a slightly longer story to answer that. I originally startet The Edge Of Reason in 2012 together with our former guitar player Brian and our bass player Dani. At that time we were just normal friends from the neighborhood.
But this group broke up in 2014. From there just Dani and me were left.
At the end of 2016 I met Billy at a show. He played the guitar for another band and he decided to join TEOR after a short time. The drum teacher of Niko helped us out for some shows at that time and he recommended us Niko. Alex (guitar) was a friend of Niko.

SUNRAY: Why The Edge Of Reason?
TEOR (Ro Seven): Well, I openly suffer from mental health issues and I feel like always movong on the edge of reason. So it seemed to be a good fit.

SUNRAY: How many albums so far?
TEOR (Ro Seven): We have two. “Broken But Not Torn” and “Sting”.

SUNRAY: Who Are Your Biggest Influences?
TEOR (Ro Seven): Thats a tough one, because we all love somehow diffrent bands and artists. For me it’s bands like Bring Me The Horizon, Falling In Reverse, Escape The Fate, but also Twenty One Pilots and Scandroid. But we love so much diffrent music and try to mix it in our music and create our own unique style.

SUNRAY: What’s The Craziest Thing That’s Happened On Tour?
TEOR (Ro Seven): For us it was kind of crazy when we played our biggest festival show so far in front of about 5000 people. Shaking hundrets hands and signing shirts and CDs for hours after the show.

SUNRAY: What’s Your Songwriting Process?
TEOR (Ro Seven): Short story, either Billy or me are writing the songs as a first idea. We record some demo track and from there we work on it all together in our rehearsal room. After that there is some more refining with pre-production from Billy and me. After that our producer Hannes comes into play and adds his advice and opinion to the song.

SUNRAY: Who’s your ideal musician to collaborate with and why?
TEOR: (Ro Seven): I’m not sure if there is an ideal one, becuase we’d love to collab with a lot of great artists, but if I have to choose one it’d probably be Craig Mabbitt / Escape The Fate because they really had a big influence on me during my darkest times.

SUNRAY: Please, talk us about the new song “FOOLISH HERAT”.
TEOR (Ro Seven): So, have oyu ever felt like you‘re losing the game against your demons?
Foolish heart is about the losing game of running from your demons. Trying not to look back and escape from the past, but ending up doing the same mistakes again and again. Alcohol and drugs serve to temporarily numb the pain while the real issues stay untouched. It’s about the great delusion of repression, to think the monster can’t hurt you if you don’t see it anymore.
While it was really hard work to craft that song to what it is now, it was totally fun and a great pleasure at the same time.

SUNRAY: What next for the band?
TEOR (Ro Seven):For 2022 we focused on releasing 5 to 6 songs leading up to an EP with a secret bonus track. We play some shows this year but really focus on getting on tour again in 2023.

SUNRAY: Please tell to us where we can find you (social networks, website…)
TEOR (Ro Seven): All our links can be found at https://teor.de/stream/
We appreciate every comment, email or DM and love to have a chat with our fans! Just drop us a line!
Thanks so much for having us!!!

Photos By Photos by Cris Vain