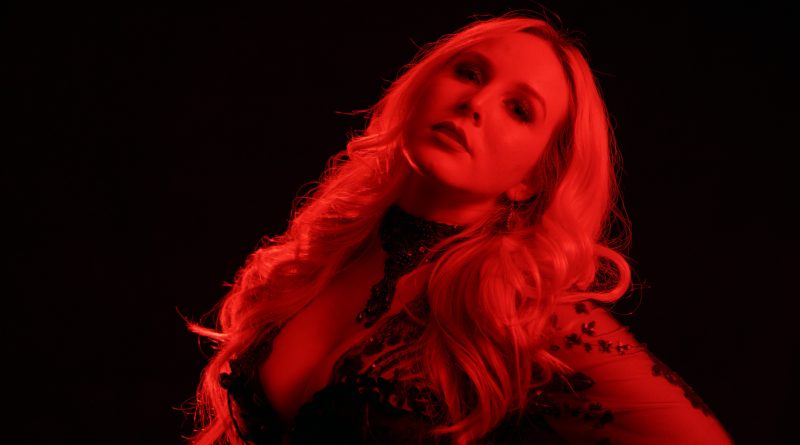 SUNRAY MAGAZINE has the pleasure to interview the incredible Violinist, vocalist, producer and songwriter Ginny Luke.

Hi Ginny thankyou for this interview

SUNRAY: Talk us about you
Ginny: Hi there! Thank you for having me – I am an electric violinist and vocalist in Los Angeles, solo artist, and I co-manage musical groups SAGA Strings, Gin & Lace and am on faculty at University of Southern California Thornton School of Music, teaching Pop Strings. I work, record and tour with major artists such as the Foo Fighters, Britney Spears, Will.I.Am, Black Eyed Peas, J.Cole, Snoop Dog, Miguel, Avril Levigne, and many others, as well as write and record my own music.

SUNRAY: When started your passion for the music?
Ginny: I come from a musical family, so we all started an instrument and piano at the age of 3. I think my passion for music through my childhood was encouraged by the Dubuque, Iowa community through musical theater and dance, too, so by age 12 I knew I wanted this to be my career and at 14 I told my family I needed to move to LA from Iowa. This was when my passion turned into the beginning of my professional career.

SUNRAY: Why the Violin?
Ginny: My parents chose it – my brothers play cello, violin and trumpet, but I think even at age 3 I knew I either wanted to play the harp, flute or violin. So here I am with the violin! I don’t think they expected me to play electric violin though, that was probably a shocker that electric violin turned out to be a major focal point of my career so far…

SUNRAY: What and who are your influences?
Ginny: Creative artists of all mediums… musically I would say Christina Aguilera (I just got to see her at perform with the Hollywood Bowl, it was amazing!), Dorothy, Phantogram, Herbie Hancock, Patrice Rushen (one of the most prolific female artists and composers of our time I think, who I also happen to get to work with USC), Laura Escude (one of my closest friends), Miguel, Prince, Michael Jackson, Linda Perry, and electric violinist Chuck Bontrager. Other artists I’m inspired by – Toulouse-Lautrec, Martha Graham, Jabari Odom, choreographer.

SUNRAY: You are not only a great violinist but also a , vocalist, producer and songwriter, could you please tell us more about this
Ginny: I started singing at age 3 and was in my first musical (The Sound of Music, playing Gretel) at age 4. Singing has always been in my life as a craft and study and will always be since it’s one of the most fun aspects of music making I think. I started writing songs at age 12 and began recording them at age 14 in Los Angeles, continuing on with my girl band and touring those songs in my teenage years, then was later in a writing camp under Darkchild, Rodney Jerkins. I’ve written songs with so many types of people – you really get to get inside an artist’s head when you write for them, learn their strengths, their insecurities, their hopes, everything. Songwriting is an incredible outlet, which then led me to producing. I produce my own music with other musicians and producers around me, as well as produce for other artists, especially female artists latey. I usually help them write their music and then vocal produce in the studio to help them find their best delivery.

SUNRAY: You has performed and recorded with artists such as Britney Spears, Black Eyed Peas, Will.I.Am, the Foo Fighters, Snoop Dog, J.Cole, Miguel, Daniel Caesar, Amine, Dave Matthews Band, Iggy Azalea, Andra Day, Ruben Studdard and Stevie Wonder (among others), and on the American Music Awards 2014 and 2016 with Nicki Minaj, Skylar Grey, and Shawn Mendes. How was that Eperience?
Ginny: All of those experiences have been great learning opportunities and opportunities to inform my own art. I take pieces or influence from artists that have something that I might want to represent in my own performance – maybe a body movement, or the way an artist holds the microphone, or the way they want the strings to accent their music; all of these micro-decisions in a performance give ideas for my own shows and music. The experience as far as working with these major artists is usually: priority #1 play or sing what the artist wants, then #2 if they ask for ideas, offer cool ideas, and #3 always be professional. I had never imagined I would have worked with this many artists when I was a kid thinking about my career.

SUNRAY: Do you have any upcoming projects?
Ginny: I’m about to shoot a music video with Harrison Sanborn for my upcoming single “Seductive Cinderella”, then I will be releasing new music through this summer. Then a new film I played violin on “Aretha”, starring Jennifer Hudson, will be out August 13th in theaters. I am also currently working on albums with my groups SAGA Strings and Gin & Lace. Gin & Lace will be releasing our single “Sickness of You” in the next month.