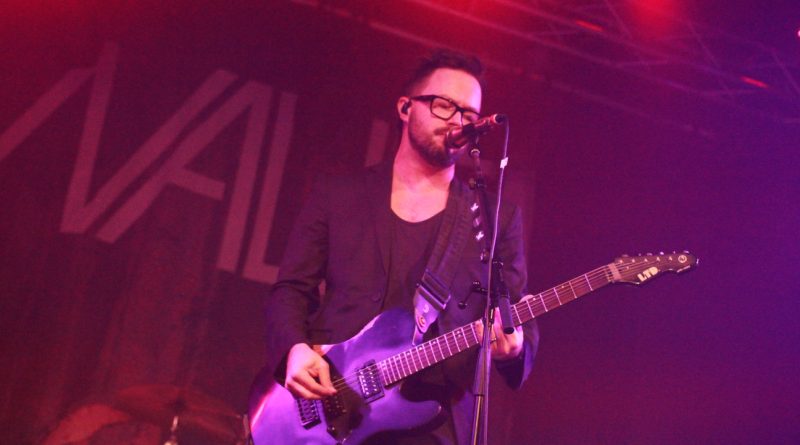 SUNRAY MAGAZINE has the pleasure to interview the American guitarist, singer and songwriter “Keith Wallen” . The rhythm guitarist and backing vocalist for the rock band Breaking Benjamin, today takes his time to give us this interview.

SUNRAY: Hi Keith, What made you want to become a musician?
KW: I really loved music from a young age, seemed like the coolest job a person could have.

SUNRAY: Who Are Your Biggest Influences?
KW: Life! 80’s music, Metallica, The Police

SUNRAY: Tell us about your times with Cooper
KW: Copper was my first band, so I really learned how to perform live and I got a sense for what it was like to tour regionally. I wrote and recorded my first songs while I was in that band, so it was very much a learning experience.

SUNRAY: From 2009 to 2013, you were a guitarist and backing vocalist for the rock band Adelitas Way, During the time with the band, you shared the stage with such rock bands like Guns N’ Roses, Creed, Papa Roach, Godsmack, Theory of a Deadman, Three Days Grace, Deftones, just for mention a few, How was that experience to you?
KW: It was awesome! It was a great opportunity to get out there and perform on bigger stages and in front of more people. Grateful for my time in that band.

SUNRAY: We know you are songwriter also, please describe your creative process when you write new music.
KW: I usually start with music first and then melody, after I have some things that I like I try and see what lyrics will fit into the tune, and then try and make them all make sense together.

SUNRAY: What do you like most about playing music?
KW: When people are singing back my songs.

SUNRAY: You are currently the rhythm guitarist and backing vocalist for the rock band Breaking Benjamin, How is work with this great band?
KW: It is awesome! Great group of people that I have been able to travel the world with. I’m looking forward to more albums and more experiences with them.

SUNRAY: We know you will be on Europe tour with the rock band RED, can you talk us about it?
KW: Super excited to get back to Europe and perform, especially my solo material.

SUNRAY: What next to you as a solo musician and with Breaking Benjamin?
KW: More music and more touring!

Interview by Maria Fernanda Capici
Special thanks to Jeromy Jerome