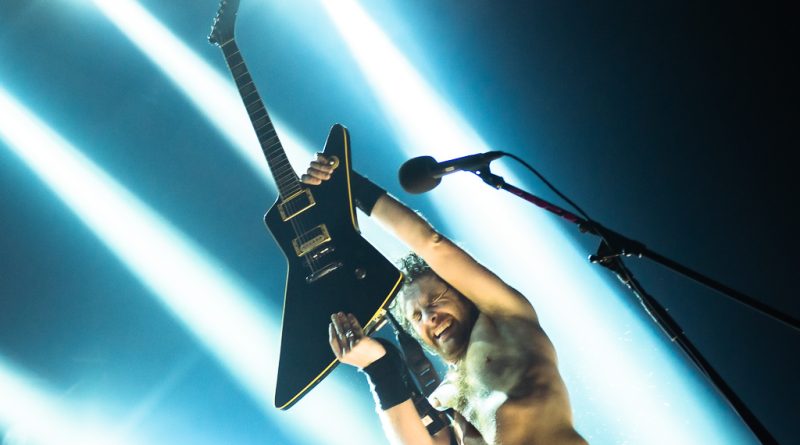 AIRBOURNE is an Australian Hard Rock band formed in Warrnambool in 2001, by Joel O’Keeffe on lead vocals and lead guitar, and his brother Ryan O’Keeffe on drums.

Last August 30 the band rocked on Tuesday night! at the Teatro Vorterix Buenos Aires Argentina, They Offered fans an unforgettable concert, with a lot of Energy.
The band provided all of us in the audience with quintessential rock n roll, peppered with surprises and Beer.